ALL OF TIME AND SPACE, EVERYWHERE AND ANYWHERE; EVERY STAR THAT EVER WAS; WHERE DO YOU WANT TO START?

All your latest Doctor Who News 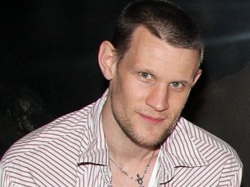 The BBC have confirmed what we all feared, Matt Smith is leaving Doctor Who at the end of the year. What has been confirmed is that Matt will take part in the 50th Anniversary and the new Doctor will be introduced in the Christmas Special.

"Doctor Who has been the most brilliant experience for me as an actor and a bloke, and that largely is down to the cast, crew and fans of the show.

"I'm incredibly grateful to all the cast and crew who work tirelessly every day to realise all the elements of the show and deliver Doctor Who to the audience. Many of them have become good friends and I'm incredibly proud of what we have achieved over the last four years.

"Having Steven Moffat as show runner write such varied, funny, mind bending and brilliant scripts has been one of the greatest and most rewarding challenges of my career. It's been a privilege and a treat to work with Steven - he's a good friend and will continue to shape a brilliant world for the Doctor.

The fans of Doctor Who around the world are unlike any other; they dress up, shout louder, know more about the history of the show (and speculate more about the future of the show) in a way that I've never seen before.

"Your dedication is truly remarkable. Thank you so very much for supporting my incarnation of the Time Lord, number 11, who I might add is not done yet - I'm back for the 50th anniversary and the Christmas special.

"It's been an honour to play this part, to follow the legacy of brilliant actors, and helm the Tardis for a spell with 'the ginger, the nose and the impossible one'. But when ya gotta go, ya gotta go and Trenzalore calls. Thank you guys. Matt."

DOCTOR WHO - HE SAID SHE SAID (PREQUEL) 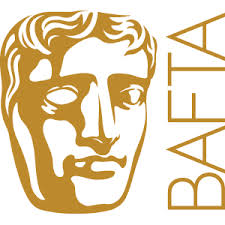 During the Bafta awards on Sunday which can be seen on BBC Two on Sunday from 8pm A special Doctor Who tribute will be shown at this weekend’s BAFTA TV Awards to commemorate its 50th Anniversary.

"There are only a handful of programmes that have the quality and longevity of Doctor Who and the ability to put the nation on their sofas – or indeed behind them – year after year. BAFTA raises a toast to Doctor Who on its 50th birthday this year.”

"This is a massive and exciting year for Doctor Who, so I'm thrilled that BAFTA are including a special tribute to the show. So thrilled, in fact, we're sending the Doctor's best friend, Jenna Coleman, to present an award. We're also sending the Doctor’s worst enemy, the Daleks, to exterminate lots of innocent people. Sorry, it's just what they do. Let us know if it's a Health and Safety issue." 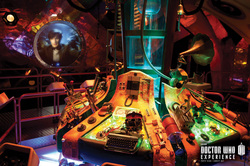 YES!!! My Other half has confirmed that as it's my Birthday on the 24th June we will be heading to Cardiff on the 29th June to goto The Doctor Who Experience.

Really looking forward to going as I've wanted to go for a while now and being able to take my son who has only expressed one concern ...(The cybermen are just pretend aren't they daddy) To which I responded.....Yes Kieran they are pretend...it is the daleks you have to keep an eye on.

There has been lots of talk this evening about Matt Smith's "confirmation" that he will feature in Season 8.

Upon searching more information about it, the "confirmation" goes back to an article on the 30th March 2013 in the Radio Times. In the article Matt Smith was asked how long could he go on for as The Doctor - Matt Smith Replied

"For ever! I came back and put the costume on for the photoshoot today. At the risk of sounding self-indulgent and cheesy, it really does make you want to go back and start shooting. I’m attached to the show for the next year and I take it year by year. I think that’s the only way you can take it.”

It also would also indicate that he will feature in this years Christmas Special. We do know that Jenna Louise Coleman will be featuring in Season 8 which leads me to believe that Matt Smith will feature. I guess we will wait for more confirmation over the next month or so.